Where Does it Hurt? 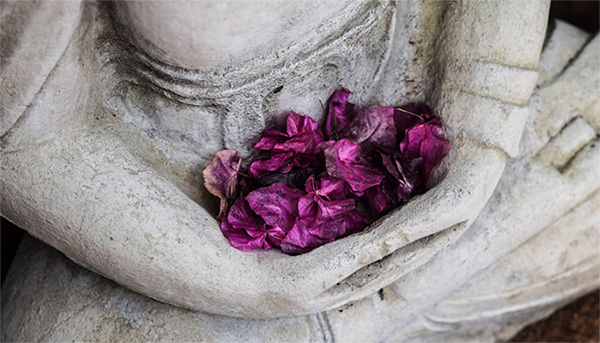 As I reflect on the fighting in the Ukraine, as well as the political fighting, violence, and hatred within our country, the words of the poet Warsan Shire grab me with their raw truth and haven't let go:

Learning to be present with the enormity of the pain we are experiencing is an ongoing challenge. It is everywhere. It is heartbreaking and overwhelming. As we bear witness to the mass shootings in Buffalo, New York and Uvalde, Texas, it is easy to become numb and fall into despair. Yet seeing it clearly and not denying or distracting is a gift to ourselves and others. Can our hearts hold this too?

There is an ancient Zen Koan I've been working with that has profound relevance for our current situation: "Stop the Fighting Across the River." Koans, which are traced to tenth century China, help us see the nature of our minds and encourage us to move outside our conditioned, automatic ways of thinking and acting. This particular Koan is designed to help us inquire more deeply about the ways we create divisions and our resistance to looking at the fighting we perpetuate in our own hearts and minds. When we investigate deeply, we realize that none of it is "out there" or "across the river." It is right here, in us.

Blanche Hartman, one of the first female Zen masters in America, and a peace activist during the Vietnam era, remarked on how much anger she and her fellow activists carried. She commented, "I realized that I was fighting for peace. There was no peace in me. I was making enemies of those who disagreed with me and wishing them ill. The inherent contradiction stopped me in my tracks; I began to wonder how I could work for peace with a peaceful mind."

When there is hatred, there is usually fear beneath the hate. James Baldwin articulated it in a passage whose relevance has only increased with time. "I imagine one of the reasons people cling to their hates so stubbornly is because they sense, once hate is gone, they will be forced to deal with pain." And there is almost always pain behind the hate. We all can all make enemies of those who disagree with us.

It is so easy to get caught by anger, which the Buddha described it as having a "honeyed tip and a poisoned root." Neuroscience research elaborates on this ancient insight. Anger activates the "feel good" or reward centers in the brain and is deeply satisfying, which is why it can be so addictive. And contagious. We all share the capacity for what Freud called "murderous rage." It is a universal human emotion. So, how do we develop a peaceful mind? First, by making a U-turn and looking within. By facing our anger directly, opening to it, not denying it or fighting it. And by not turning a situation into us vs. them, casting an individual over there as a "bad" other. Letting the heartbreak open our hearts into greater compassion.

Reflection
Bring your attention to your ongoing inner battles—the carefully constructed inner armies, the often-impenetrable inner fortifications, the despised dictator. What wars are you carrying on within yourself? Can you notice them with kindness, curiosity and respect? How long have you perpetuated the conflict? See if you can soften and let go of the fight. Try to shift perspective and look at what we have in common, what unites us in our common humanity. How is an enemy like us? The less separation we create, the more we can bridge the gap between "us" and "them," finding a "we." The Indian sage, Sri Nisargadatta put it elegantly, "When you look at anything as separate from you, you cannot love it for you are afraid of it."